Ahead Biocomputing, Co. Ltd. is a company which assists clients for their drug discovery and large-scale biodata processing, through the integration of bioinformatics, machine learning (deep learning, etc.), and high-performance computing (supercomputer, cloud) which have been developed for many years at Tokyo Institute of Technology. By combining these technologies, we provide quick solutions to complex problems in the biomedical field.

Specifically, we provide a menu of a variety of technologies, tailored to our customers, “IT-based Drug Discovery” technology that supports intelligent navigation of drug discovery by combining virtual screening and molecular modeling technology, “Protein-Protein Interaction prediction” technology that supports the determination of drug discovery targets, “Genome Bigdata Analysis” technology that can achieve bacterial metagenomic analysis in various environments, like as intestinal and oral bacterial flora. We are also experienced in developing tailor-made software related to the above fields.

Our company was established in 2018 and received certification as a venture company (Tokyo Tech Venture No.92) utilizing the research results of Tokyo Institute of Technology. We believe it is our duty to quickly link the state-of-the-art technologies from the university to the needs of the industry. 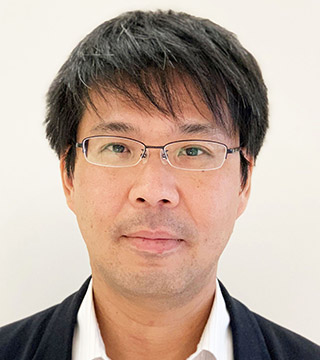 In 2003, Sato entered Nagoya University, Department of Social and Environmental Studies, Graduate School of Environmental Studies. In 2006, he established Eco Action News Co., Ltd. In 2008 and after, he served in various posts such as Liaison Center Dispatch Researcher at Nagoya City University, Project Researcher at the Sustainability Design Onsite Research Center of the Graduate School of Engineering at Osaka University, Venture Business Laboratory Staff at Kyoto University, a specially appointed Assistant Professor at Fukui University PhD Human Resources Career Development Support Center in 2012, and Assistant Professor at Shizuoka University Student Support Center in 2016. As well, he has been responsible for venture start-ups, survey/PR/planning, incubation, career support and industry-academia-government collaboration projects, to name a few.
In 2014, Sato obtains a Ph.D. (Sociology) from Musashi University. In 2018, he is a specially appointed Assistant Professor at Tokyo Institute of Technology, and he was engaged in technology management and coordination for the research seeds commercialization of regional innovation and ecosystem formation projects. In the same year, he became CEO of Ahead Biocomputing, Co. Ltd.
Utilizing his abundant experience in industry-academia collaborative research and commercialization support, he has developed research trends in bioinformatics technology, development support, commercialization support, outreach activities, HR development, etc. 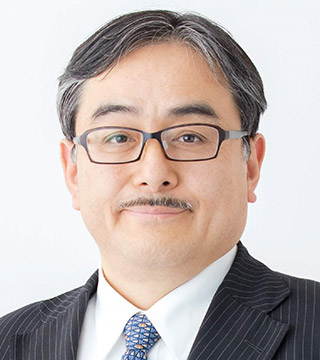 In 1990, Akiyama graduated with a doctorate in electrical engineering from Faculty of Science and Technology, Keio University. After gaining experience as Researcher at Electrotechnical Laboratory in the Ministry of International Trade and Industry in the same year, as Associate Professor at Institute for Chemical Research, Kyoto University in 1992, as Director of Parallel Application Laboratory at Real World Computing Partnership in 1996, and Director at Computational Biology Research Center at National Institute of Advanced Industrial Science and Technology in 2001, Akiyama became Professor at the Graduate School of Information Science and Engineering at Tokyo Institute of Technology in 2007 (The name of the organization was changed in 2016). At the same time, he served as research advisor to Molecular Profiling Research Center for Drug Discovery at AIST, scientific advisor for Modulus Co., Ltd., and president of Initiative for Parallel Bioinformatics (IPAB).
In 2018, Akiyama was appointed Director and CTO of Ahead Biocomputing, Co. Ltd.
Akiyama has engaged in research from the dawning of bioinformatics (biological information science), and worked to establish CBRC, Japan’s largest bioinformatics research center under the Ministry of Economy, Trade and Industry, serving as its first director (a term of 6 years). He has been actively engaged in joint research with pharmaceutical companies, comprehensive analysis of human GPCR genes (joint research with the University of Tokyo and Taisho Pharmaceutical), glycoprotein analysis, peptide simulation, etc. At Tokyo Institute of Technology, he conducted research on bioinformatics and virtual screening for drug discovery using supercomputers and machine learning technology. In research on predicting clearance pathways of small molecule drugs in the human body, he has developed and released a prediction system based on machine learning, in collaboration with Professor Yuichi Sugiyama (RIKEN/Former Faculty of Pharmaceutical Sciences, the University of Tokyo).
In 2016, he was involved in the establishment of Advanced Computational Drug Discovery Research Unit (ACDD) at the Tokyo Institute of Technology. In 2013, Akiyama received the Minister of Health, Labor and Welfare Award in the 11th Merit Awards for Industry-Academia-Government Collaboration (for the development of drug discovery research database for “neglected tropical infectious diseases”). 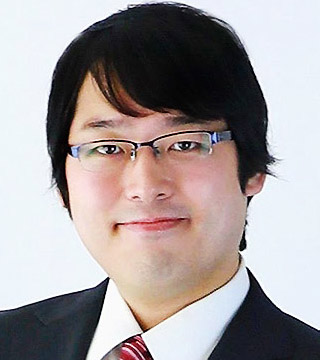 In 2014, Ohue graduated from the Graduate School of Information Science and Engineering, Tokyo Institute of Technology with a Ph.D (Engineering). In the same year, he was awarded a JSPS Research fellowship (PD). In 2015, he became Assistant Professor, Graduate School of Information Science and Technology, Tokyo Institute of Technology.
In 2018, Ohue was appointed Director of Ahead Biocomputing, Co. Ltd.
Ohue was responsible for the development of interdisciplinary research of bioinformatics and supercomputing, focusing on the development of protein interaction prediction software MEGADOCK. Ohue was received JSPS IKUSHI Prize from the Japan Society for the Promotion of Science (JSPS) in 2014, Seiichi Tejima Doctoral Dissertation Award in 2015, FUNAI Research Promotion Award from the FUNAI Foundation in 2018, and Young Scientist's Prize, The Commendation for Science and Technology by the Minister of Education, Culture, Sports, Science and Technology (MEXT) in 2019.

The design uses the shapes of the letters “A” and “B” from Ahead Biocomputing as motifs. The logo symbolizes “reliability/a sense of security”, “refreshing/the future”, “thorough/accuracy”, “creativity/innovative spirit”, “elevation/growth”, a consistently professional service, and high quality through its spread and shine.